After several years of pandemic and remote work, university activities have been gradually returning to normal, including fieldwork! 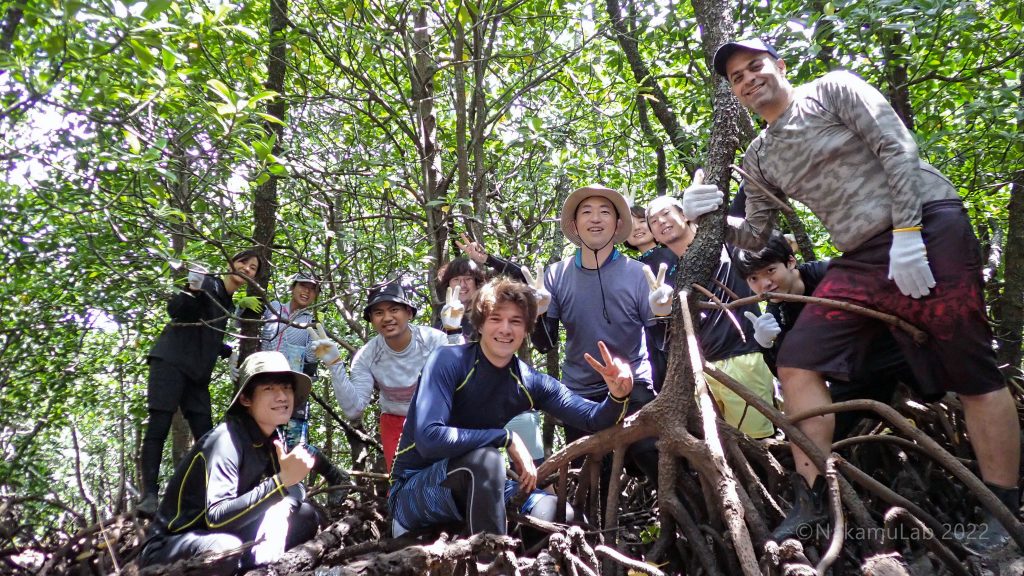 From September 6th to 26th 2022, we, a group of nine students from Nakamura Lab went to Ishigaki Island for the first time, while Nakamura-sensei returned to the island after almost three years of travel restrictions, and Ahmed-san after six years! During this time, we were able to finally visit our study sites, recognize the main characteristics of the island, explore the mangroves of the Fukido River, swim over the Shiraho Reef, learn new sampling techniques, and work on our individual research projects.

Of course, it was not easy. We survived 20 days of hard daily work, including some days sheltering from typhoon Muifa, which passed just above us on September 12th.

As the rainy season and typhoons favor the discharge of nutrients and sediment through rivers into the sea, it was a good opportunity to take water samples at different points of the Todoroki and Miyara rivers and keep track of the changes during and after the typhoon. 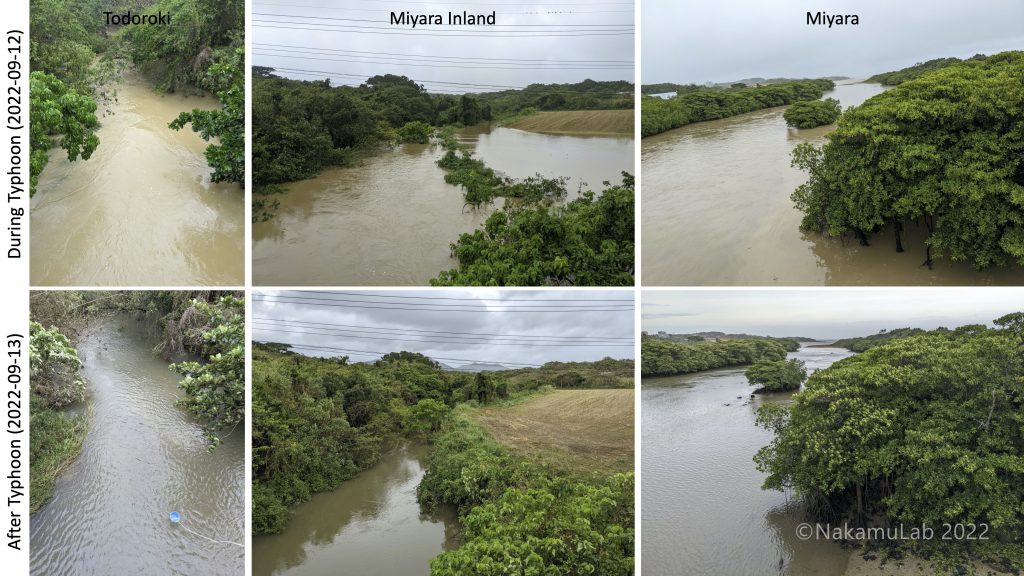 Comparison of Todoroki and Miyara rivers, before and after the typhoon

And since huge fringing reefs surround Ishigaki Island, we did not miss the opportunity to explore the coral communities by snorkeling and freediving. The reef extension and the diversity of fish and marine invertebrates are amazing! Unfortunately, we also recognized considerable damage due to coral bleaching . 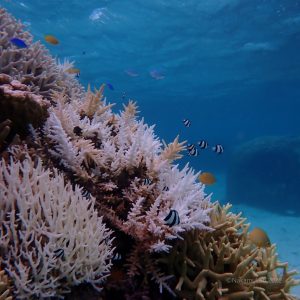 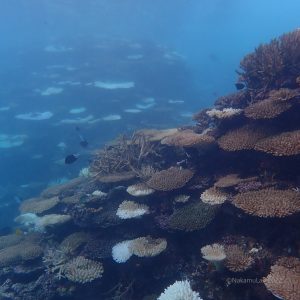 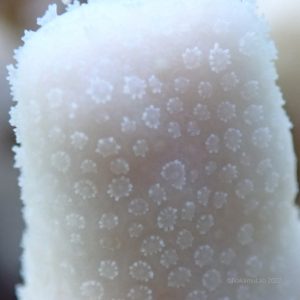 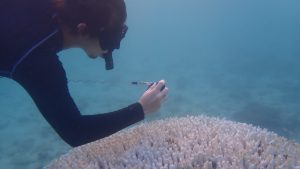 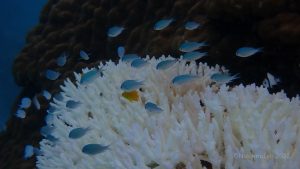 The main research topics in the field survey were:

The terrestrial survey , to update the existing hydrological datasets, including impacts of typhoons on river discharge and sediment. We also retrieved precipitation gauges and sensors previously deployed in wells and hydraulic control structures (ie weirs). 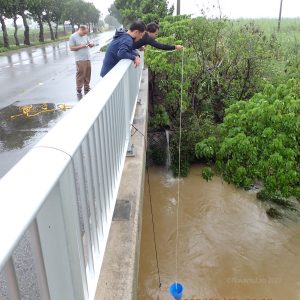 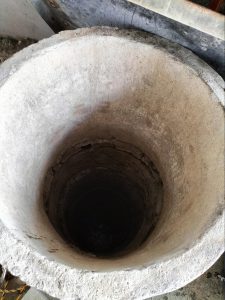 The coastal area survey , where seepage meters were installed alongside multiple nutrient sampling sites to study the interaction between groundwater and nearshore areas. By using seepage meters, we can collect groundwater (freshwater) thanks to the density difference between seawater and freshwater. Thus, it needs to be installed in the sea. 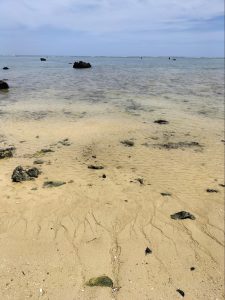 Freshwater into the sea 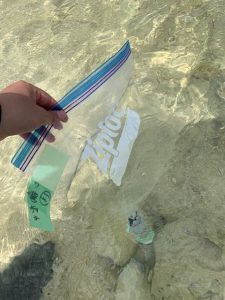 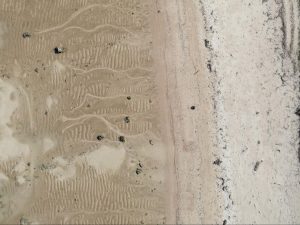 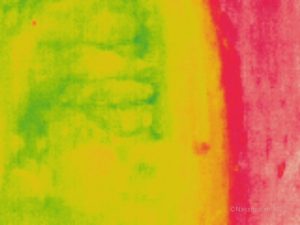 The remote sensing survey , to collect and update and validate the remotely sensed data set of the laboratory. The Remote Sensing Team (RST) faced a lot of challenges in this field survey. Since the data had to be obtained at the same time, the team designed new equipment that would be able to carry all sensors (turbidity, Chlorophyll- a , dissolved oxygen (DO), and salinity sensors), as well as a sonar and a spectrometer. The RST transported then the floating device swimming over the transects. Although there were many obstacles, such as changing tides and high waves, everything went according to plan.

The (not so) remote sensing setup 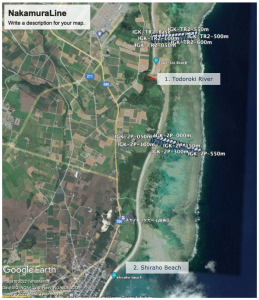 Phytoplankton incubation experiments were conducted to evaluate the effects of nutrients derived from terrestrial human activities, such as agriculture and cattle husbandry, on coral reef ecosystems. For this, we collected water samples from the Shiraho Reef area and prepared microcosm experiments to test the impact of Nitrate and Phosphate in the phytoplankton community. The experiment was conducted for six days, where daily samples of phytoplankton, nutrients, and Chl- a were taken. 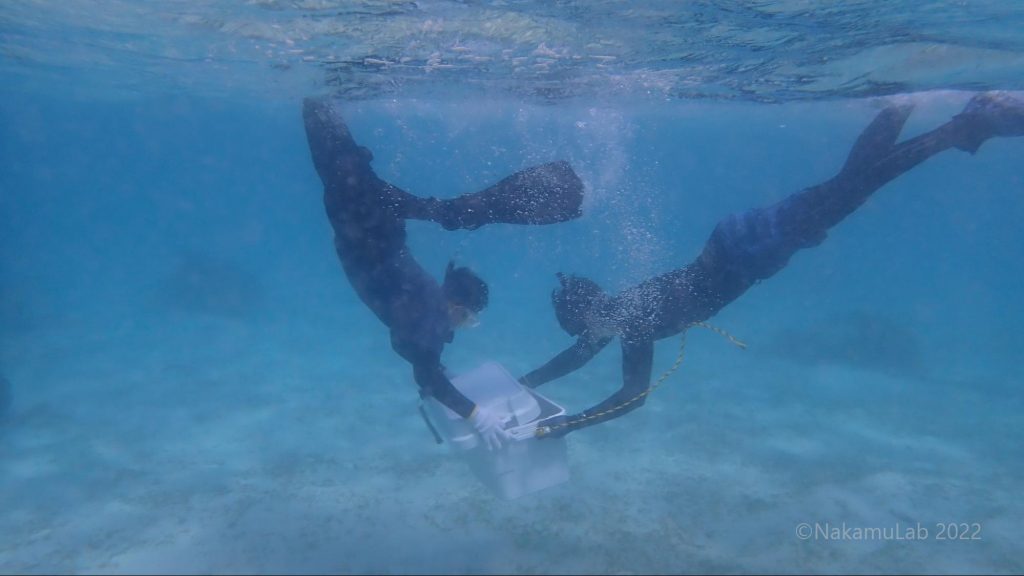 The drone survey was done using the lab’s Phantom Pro and Mavic Enterprise drones. This operation, while dangerous to carry out in coastal areas, was necessary to map out areas that are difficult to reach. Since the research of one of the members involve using machine learning, extensive drone missions were carried out in multiple areas. In addition to their use for research, these drone missions were also used for reconnaissance and area monitoring. For example, a separate drone mission was carried out to monitor mangrove leaf color conditions. 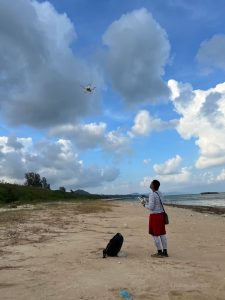 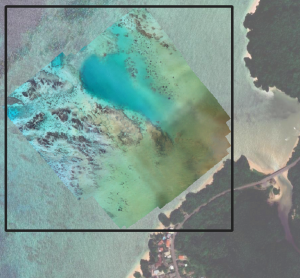 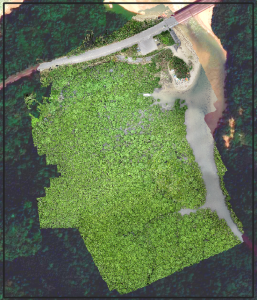 In the Fukido mangrove survey, we aimed to  evaluate the factors responsible for mangrove forest health, such as water level, salinity, and nutrient concentrations. We used drones to record the percentage of yellow leaves in the forest to use it as a proxy for environmental conditions. 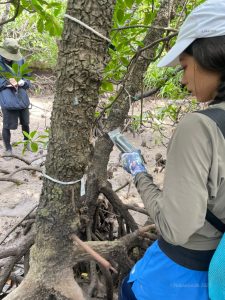 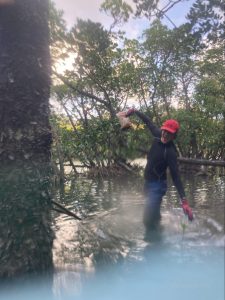 Walking into the mangroves was not so easy 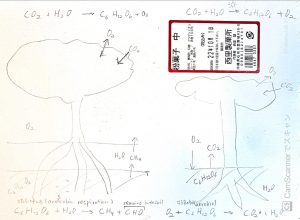 In summary, although the field survey had its difficult challenges, it was a great experience for all of us. We returned to Tokyo with a lot of data and a lot of work ahead, but above all, with great memories! 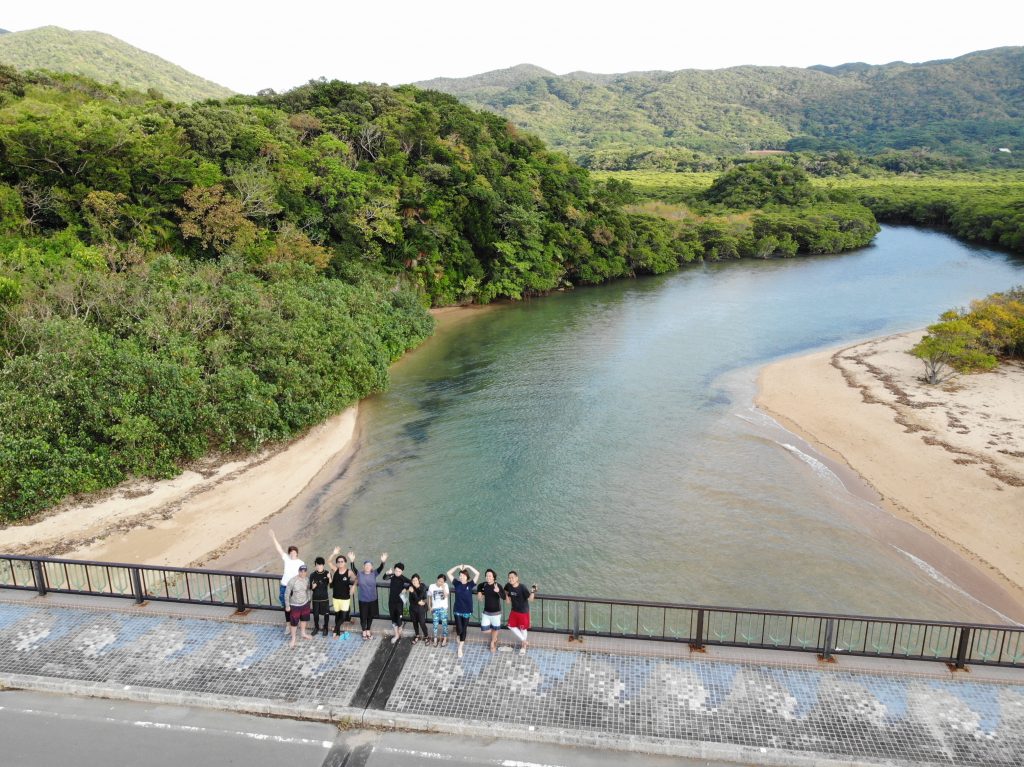